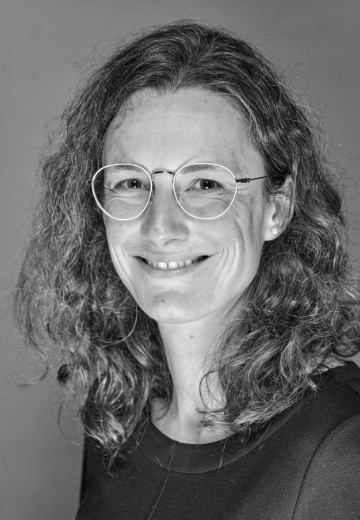 Anneliese Looser (*1986) grew up in Teufen, Appenzell with three sisters and her parents, Konrad and Elizabeth Hummler. After completing her primary and secondary education in Teufen, she attended the upper-secondary school for economics in Trogen and studied banking and finance at HWZ in Zurich in a work-study programme; during this time, she worked at Credit Suisse for five years as a business client advisor.

After a trip around the world in 2011, she began working at the J.S. Bach Foundation, where she is responsible for the development of the publication unit. She was initially drawn to the position by her family ties to the project, and the foundation’s goal of performing Bach’s vast vocal oeuvre in its entirety – while also documenting the experience and making it available to a world-wide audience – has fascinated her from the outset. In her years at the Foundation, she has been confronted with diverse new challenges in the field of publishing – first and foremost digitalisation. For Anneliese Looser, taking on these challenges and further developing the Foundation’s publication unit is the most interesting part of her work – and the icing on the cake is the opportunity to attend the monthly cantata concerts.

Anneliese Looser reduced her working hours at the J.S. Bach Foundation after the birth of her first daughter in mid-2012; she welcomed a son in 2013 and a second daughter in 2015. She is a passionate cook and dedicates her free time to exploring nature with her children.

She and her young family also enjoy discovering new mountains, countries and cities, and relishing new cultures and culinary experiences.