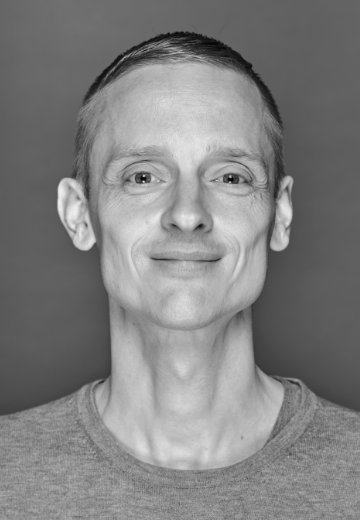 Samuel Andreas Lutz (*1981) grew up with his older sister and brother in the city of St. Gallen. He attended primary school at St. Leonhard, also in St. Gallen, and completed his secondary schooling at SBW in Romanshorn. After earning his federal qualification as a cook, at “Weinstube Neubad”, he worked for several years as a chef, taking on responsible positions as chief patissier and head garde manger in renowned restaurants. A professional excursion in constructing stands for trade fairs and shops led him to various stations all over the world – from Germany to the United States. He then decided to pursue his growing interest in producing music and recordings for film, earning his diploma at the School of Audio Engineering in Zurich. Since completing his degree, Samuel Lutz has worked as an independent sound engineer, film recording engineer and stage manager.

Samuel Lutz joined the J.S. Bach St. Gallen AG as Head of Operations in 2015 and is responsible for logistics, stage management, and choir and orchestra support. In his free time, he likes to play and refurbish American pinball machines. He enjoys outdoor activities such as swimming, walking and cycling; loves sharing good food with friends and family; and is active in a variety of clubs. He also holds a responsible position in the civil fire service of St. Gallen, where he is commander of the first platoon.